What an absurd conversation!

“Darren Perry, chairman of Northwestern Band of the Shoshone Nation in Idaho, spoke at a rally against the resolution. ‘So let me get this straight,’ he said. ‘After you murdered us on a genocidal scale, stole our lands, spread disease and decay among us, stole our children and sent them to boarding schools to be assimilated, forced sterilization upon our women, didn’t allow Native Americans in their own country to vote and destroyed our economics, you now want to honor our spirit by naming sports teams after us? Wow, we are so honored.’” 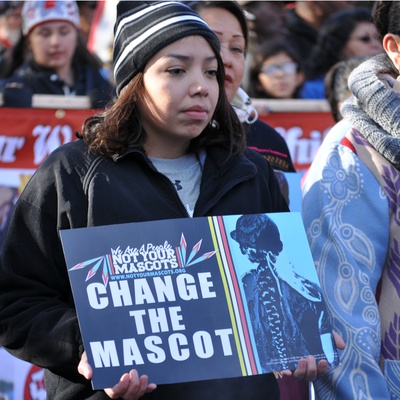 Two States Could Discourage Getting Rid of Native Mascots
Lawmakers in Utah and Idaho will consider measures that express support for Native mascots, urging schools to keep them.

Hangin’ with the man!