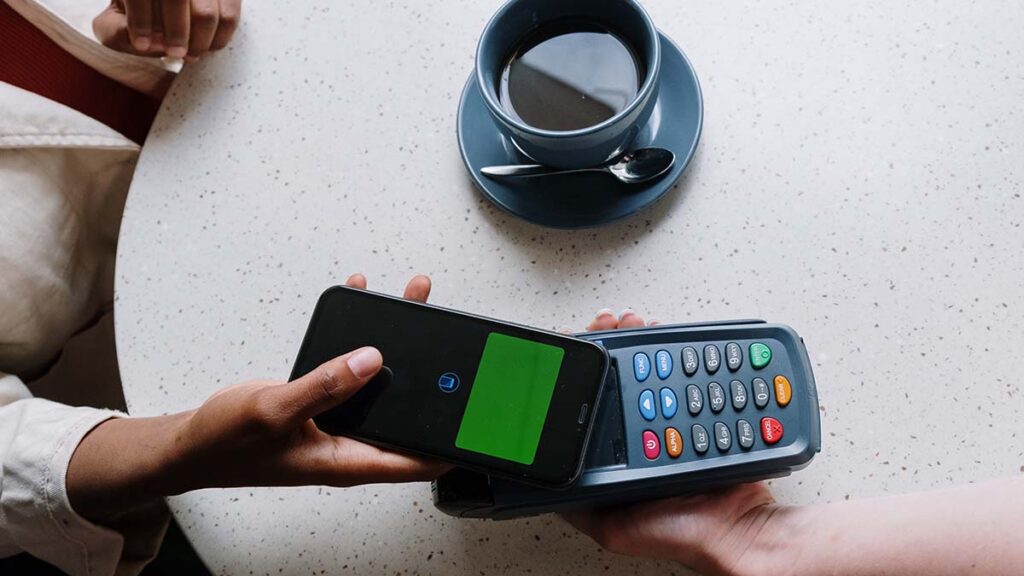 Apple will not be offering a POS product, but this does significantly change the game for restaurant-specific POS vendors.

Apple recently announced that its next major iOS update would include a new feature. It will allow iPhones to accept payment via phone-to-phone as well as contactless credit cards, both of which use NFC (Nearfield Communication) technology.

Apple will be providing software development tools that allow and encourage third-party apps to gain the ability to accept payment. Since contactless payment via NFC is already ubiquitous in the mainstream retail market for consumers, this guarantees mass usage. While not every consumer uses Apple Pay or Google Pay, all new credit cards have built-in NFC chips that basically work the same way as the mobile payment methods used by smartphones. This means that even if the consumer doesn’t use Apple Pay or Google Pay, their credit card has NFC which will work seamlessly with Apple’s new iPhone capability.

Compared to all other industries, restaurants are most affected by this Apple announcement. Why? For the most part, in just about all brick-and-mortar businesses where you pay for a physical item, you physically go to a designated spot to pay (the checkout counter). In a restaurant, the pay area comes to you (i.e. the Server comes to the table with a bill, takes your payment, returns with change or to sign a credit card receipt). Considering how massively popular mobile POS terminals are in table service restaurants today, giving a premier mobile device, such as an iPhone, the ability to accept payment affects the restaurant industry the most compared to any other industry.

Hardware is the most costly element for restaurant POS companies. In the past few years, Toast’s profits from hardware have been mostly negative. Most vendors are currently offering a mobile POS device and restaurants are the businesses most interested in such hardware compared to any other brick-and-mortar type businesses. POS companies could, in theory, cut their hardware and distribution costs in a massive way by using the iPhone as their mobile payment terminal. Doing so would remove costs of inventory, certification, distribution and much more. Of course, there are other aspects to be considered, such as if the POS company would be using the Apple Approved payment provider, and other such factors. But, for now, if we consider all things equal, then hardware costs, which drag company profits down, could benefit from this news.

First, not all companies have an iOS offering. TouchBistro uses iOS for their platform, while Toast uses Android and Partech uses Windows. Some even use web or Linux. So to benefit from the hardware, many players would have to shift to iOS. This is a smart strategic move from Apple, and many companies will likely either start offering multi-OS options or start shifting to iOS. Those who already are on iOS will have an advantage.

Additionally, most restaurants would prefer smaller devices such as an iPhone for their mobile point-of-sale. POS players can never match the hardware quality of an iPhone, and iPhones will improve on many of the common complaints restaurant management have with their current setup, such as Wi-Fi disconnections, recharge storage space, and more.

Apple also has a much greater influence on interchange costs compared to any POS player. Apple will strike a deal with key payment players which allows them to offer significantly reduced transactions fees. There are multiple examples that reinforce the likelihood of this happening. Apple currently receives a whopping 15 basis points for Apple Pay NFC transactions no matter what card from whatever bank. Apple’s payment card from Goldman Sachs has highly competitive offerings such as a competitively low APR, no annual fees, unlimited cash back, no late fees, and more. That is a perfect example of how Apple cannot only gain a financial benefit for themselves, but also a financial benefit for their customers. Using arbitrary round numbers, consider this: If you were a restaurant owner and you had a choice between 3% transaction fees and 2% transaction fees, which would you choose? How many add-ons such as loyalty, scheduling, marketing, tip distribution, etc. would be necessary to influence you to ignore a whole 1% savings in transaction processing? With labor and ingredients costing more than ever, as well as new profit hurdles yet to come and confront the restaurant industry, POS providers are faced with some competitive challenges.

Consider this: If you are a restaurant and want to switch from one POS provider to another, what are the barriers to doing so? One of the first would be the cost to purchase all new hardware. That obstacle is eliminated if Apple becomes the mainstream hardware used by many of the POS companies. With no need to re-purchase hardware, restaurants will likely see a greater value in choosing a POS company that uses iOS simply because it opens up more flexibility in changing from one provider to another. Such long term strategies will influence many restaurants to pick a company that runs on iOS versus Android, Windows, etc.

Read the full article here from our friends at Restaurant Technology Network.